The Slightest Hint Of Fusion

Fish is an integral part of the Bangladeshi diet - probably something to do with the many rivers, lakes and ponds in the country. It's very common at our table too, but sometimes in surprising forms. I have no idea how actual fish fingers are made, but this is how mom makes them at home. She adds some spices to make the fish a little more exciting than your usual frozen supermarket fare, before . I have no amounts written down for this recipe unfortunately, as everything is to taste depending on how strong you want your marinade. 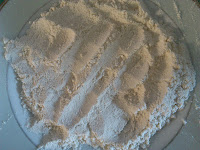 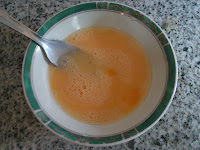 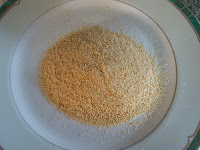 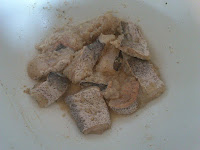 The ingredients, and in the bottom right the fish being marinated 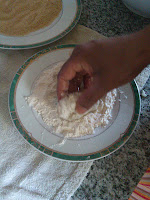 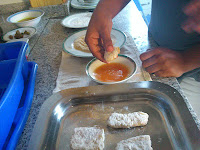 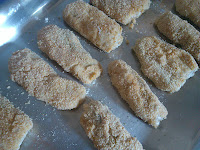 Additional Information
We deep fried the fish, but do bake them if you want to be healthier. Feel free to replace the fish or spices depending on whatever you like. Personally, this combination isn't exciting enough for me and I intend to experiment with it, perhaps by adding chilli or herbs.