Home, Chaos and Other

Despite its rather unfortunate full name, Hirajheel is a stalwart on the Dhaka food scene. Located in the Motijheel business district, its proximity to the Dhaka Stock Exchange, big banks and various other offices guarantees the restaurant a steady flow of customers. Known for its breakfast “soup” (more on that later) and Ramadan staples (it does a good kebab, almost as good as Star), Hirajheel has been around for over a decade. Dhaka has quite a few even older historic eateries, and each venue has established itself a reputation for doing particular dishes very well. For example, next door to Hirajheel is Ghoroa, which beckons from mom's youth and is the local go-to for good khichuri.

I'm willing to bet that Hirajheel at its inception represented a slightly upmarket version of the traditional Bangladeshi “restaurant” - often locally misnamed as "hotels". These are quick and dirty operations: menu-less with a set number of largely unchanging dishes served in a canteen style space. Business is geared towards feeding a regular, local clientele of blue collar office workers, day labourers, rickshaw pullers etc. Decor and ambience do not exist as concepts, prices are rock bottom and the food is simple yet often very good. With Hirajheel things are a little more elaborate - the waiters (sometimes) wear uniforms, and the interior is clean, painted and tiled. Prices are beyond what a rickshaw puller could pay, though they are within reach of most and nothing compared to certain newer restaurants in town. There is still no menu that we could see, however, and finding out what's being served today beyond the usual required a friendly yelling match with the staff.

I've eaten food from Hirajheel countless times over the years. The place is a ten minute walk from my grandma's, and quite often someone from the family will pick up a dish or two to takeaway for tea or to supplement a home-cooked dinner. This review draws mainly from a visit a couple of years ago when we visited to have breakfast as a family. Eating as a big group is great for reviews, as it means I can get through a larger number of dishes in one visit. Of course, we opted for the aforementioned "soup", as you see above. I would describe it as a spiced up version of chicken korma, cooked with the bones and carcass of a chicken rather than the actual choice pieces that I imagine go into the biryani. It also had a lot more gravy than is usual, to be mopped up by the ruti which often forms part of a Bangladeshi breakfast. 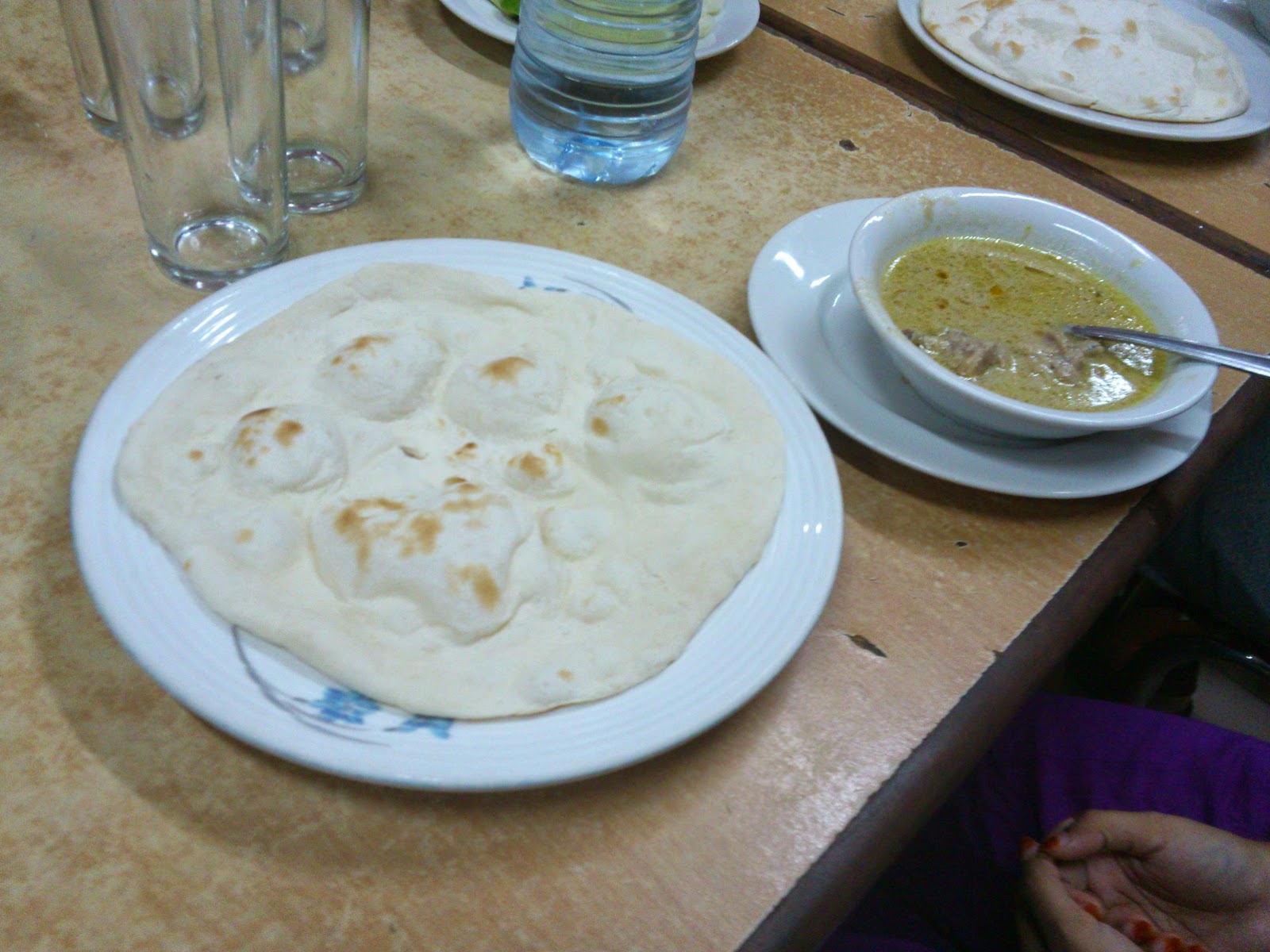 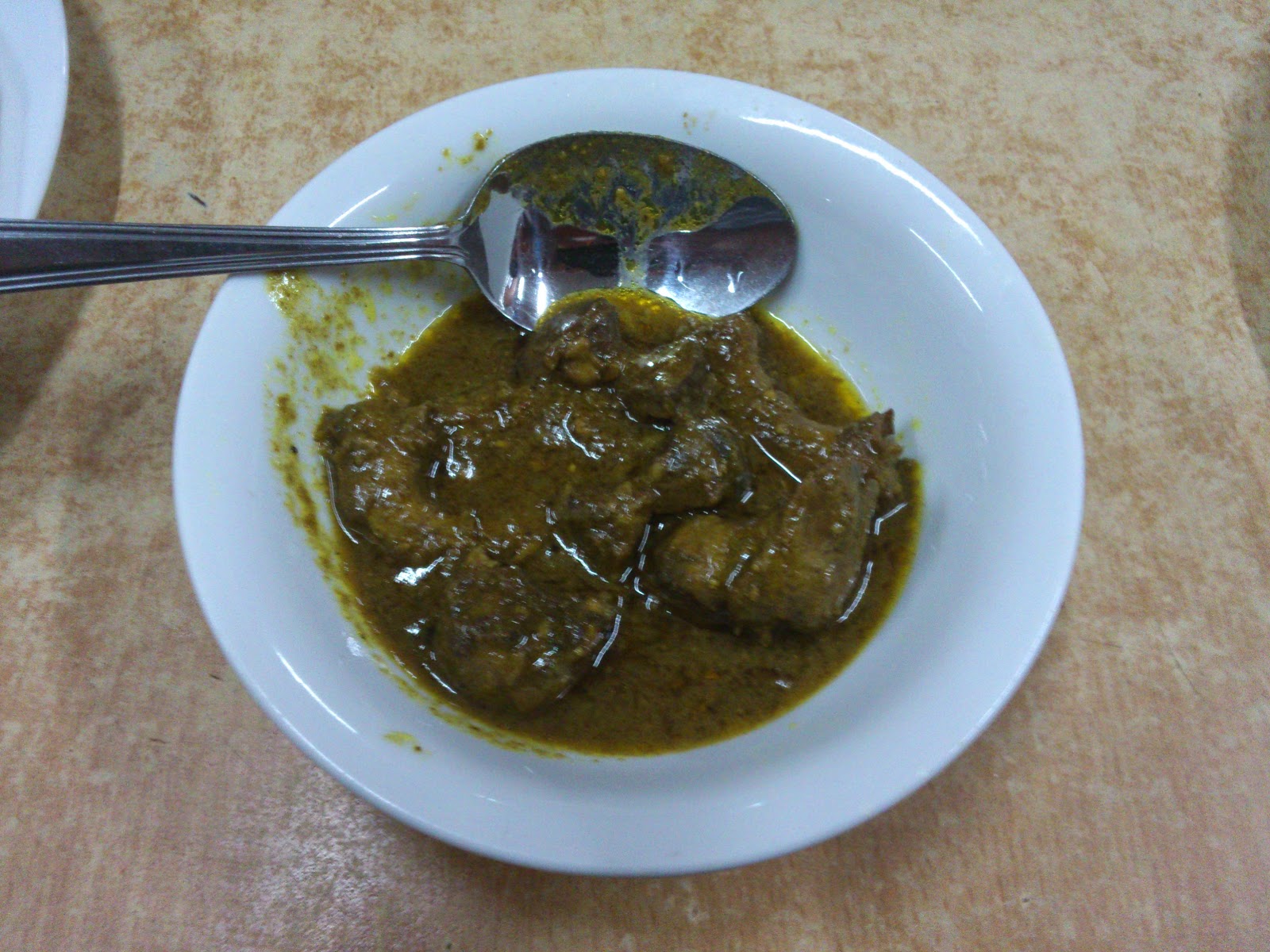 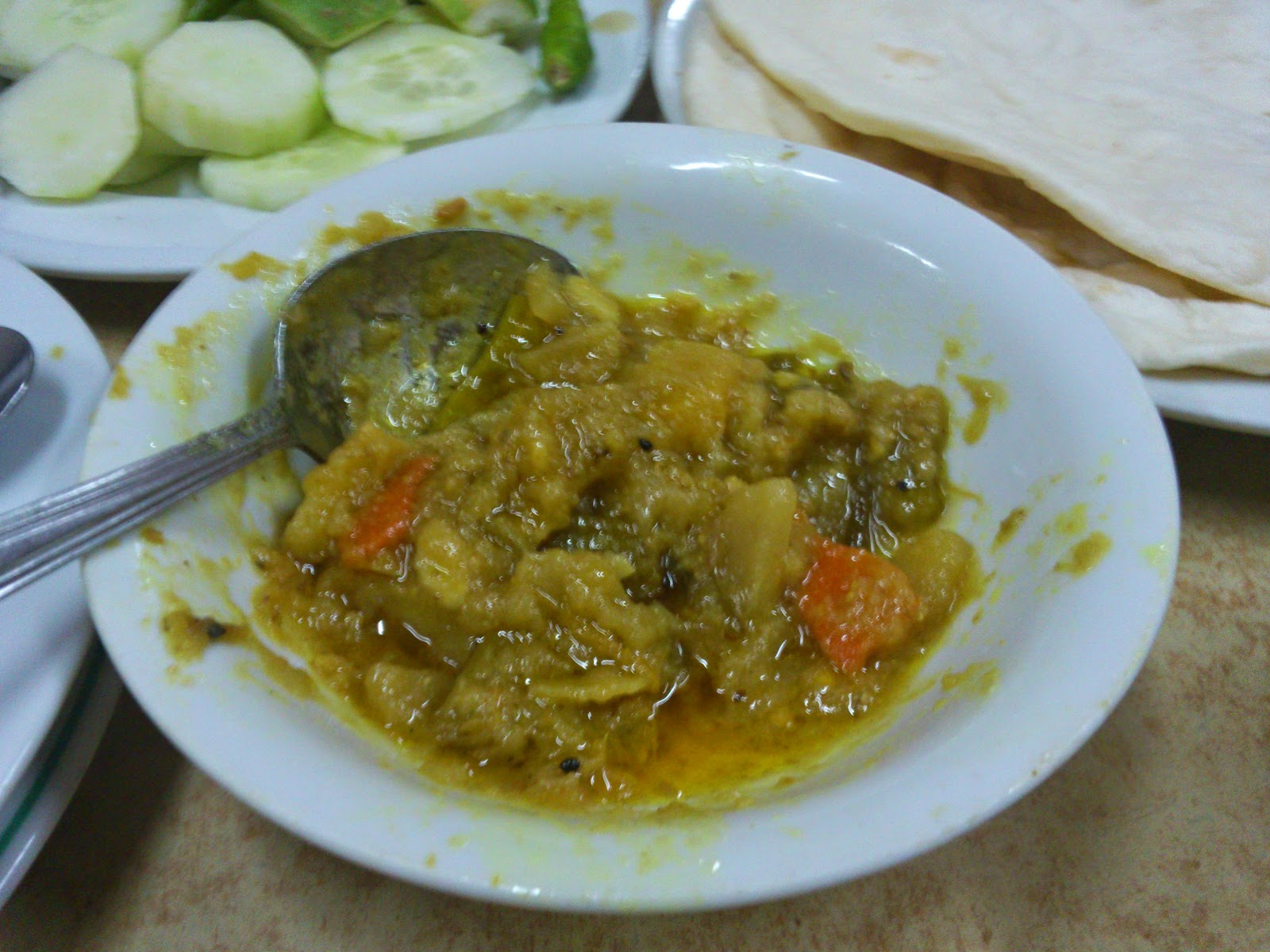 Of course, we ordered more than just soup and ruti. Chicken gizzards or even beef liver make appearances at restaurant breakfasts, and are a particular favourite of mine. We ordered a small small bowl of gizzards for me as no one else was willing to stomach this so early in the day. This was with good reason - the dish was heavily spiced and while I loved it, I'm sure my digestive system didn't. We also opted for the lighter mixed vegetables and dal, both common breakfast items in restaurants and at home for us. The dal was thick, which I personally prefer, but not particularly special otherwise. The vegetables were very good however, and on a healthier day I can picture myself going vegetarian and being satisfied.

We'd come in late so getting attention and service wasn't difficult, but this is the type of establishment where you'd expect to call the waiter over rather than him coming to check on you. The interior, tables and counters were clean and kept neat, with the rooms light and airy with evenly spaced ceiling fans throughout. The food was very fresh - which is of course something to watch out for in Dhaka. Thankfully Hirajheel has enough footfall in the morning to require them to replenish and recook everyday. I cannot attest to how hygienic the actual food preparation areas are, however, and it's always important to be mindful of this in Bangladesh.

We rounded off the excellent breakfast with a cup of tea the Bangladeshi way, where the tea leaves are boiled rather than brewed. A good cup of tea is hard to come by in the UK, so I savoured this especially. I've made further trips here since my last visit in Bangladesh, and they've all been impressive enough for me to leave the scores as below.