I don't have proper breakfasts anymore. It's not that I can't eat so early in the day like some - I just value the extra minutes of sleep I get by forgoing it. I know it's unhealthy so I'm not here to encourage anyone to do the same. I also try and make up for it during the weekends, and today I made an attempt to rustle up a traditional Bangladeshi breakfast. This was my first go at cooking all of this on my own, so it didn't go perfectly, but I've noted down tweaks to my method below to make sure the mistakes don't happen again. I should also point out that I don't have exact ingredients amounts for this recipe because it was the result of a quick phone call with mom - as is often the case!

Ingredients (for the vegetables)

Method (for the vegetables) 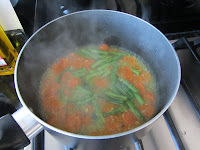 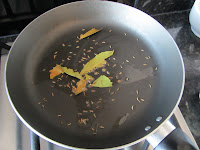 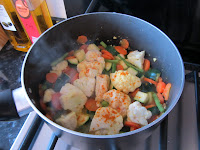 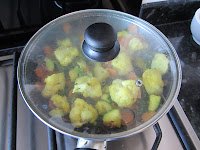 Ingredients (for the ruti)


Method (for the ruti)

Additional Information
Normally mom would have cooked this with panch foron - a Bengali blend of five different spices - but cooking this with cumin and bay leaves is pretty common as well. Experiment with the combination of vegetables, I've seen Bangladeshi families adapt this to all kinds of local ingredients.